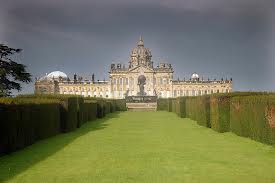 DUNSTABLE PARK HOUSE
Book one in the English Time Travel Series
I am working on my next British Historical that will  be a three book time travel series--a sort of Downton Abbey with supernatural twists!  I thought  you might like to read a bit of what is to come...
As Brenna walked further down, well beyond her travel companions, she rounded the corner to the middle section of the York Minster. She stepped up into a semi-circle shaped alcove that overlooked the rear of the English church. Right in her line of vision, was a small, wooden door.
With a glance over her shoulder, she gave the aged door a gentle tug. Poking her head in, and peering up to the left, the smell of dank, musty drafts filled her senses.
As her eyes adjusted to the darkness, she saw a set of narrow, wooden stairs. Dust and glistening particles hung in the air, illuminated by a shaft of light coming down from the top where there was an opening.
As Brenna continued to gape at the stairway, it was as if, for a brief second, she could hear the tread of shoes and the rustle of skirts climbing up the wooden corridor. She had the sense of touching time, if one could do such a thing.
She glanced behind her find only a few tourists taking pictures in the distance, none of whom were paying any attention to her. Adjusting her purse further up her shoulder, she licked her lower lip. A compelling longing to climb the stairs overcame her normal reserve and fear of doing the wrong thing. She pressed forward. The door closed behind her with a thud. The passage was a tight fit, but she could just make it through. The smell of countless days gone by seemed engraved into the space. If only these walls could talk…
Each wooden step creaked and protested her unfamiliar weight as glistening particles swirled around her. She ran her hands along the roughhewn sides—the same walls where people from centuries ago had touched. The enclosed area made her heart race as the sound of her careful tread echoed around her. An excruciating sense of destiny beckoned her forward. What was at the top of these stairs?
She wiped the moisture from her forehead. Further and further she continued on. Something important waited for her, some discovery. Curiosity propelled her up the cramped steps...to what? A secret passage way? A hidden room? She cast a look behind her and the stairs behind her disappeared into the darkness. She swallowed. Was this a good idea?
Once she reached the top, she stepped out onto a choir loft that overlooked the back of the church. Brushing off some of the dust and smudges from her jeans and dark grey sweatshirt, she grinned at her fertile imagination. Those stairs were simply how one got to the choir loft.
For a moment, she imagined herself singing in the church. But as she looked over the rear of the Minister, her breath caught in her chest. The area she had just been in was empty. Everyone had vanished, except for one cleaning woman, sweeping the floor between rows of wooden pews. The scrape of a straw broom was all that could be heard. Where had all the tourists gone?
She craned her neck, leaning over the balcony to get a better view of the front of the church, trying to see her sister, Jacob, or any of the tour group. The place was vacant and deathly quiet except for a few people dressed in some sort of Victorian costume just coming down the walkway.
Where they getting ready to put on a play?
﻿

Posted by Therese Stenzel at 12:41 PM No comments:

A British Bride by Agreement—a contemporary marriage-of-convenience story is a a FREE download on Amazon.  You can download it to your Kindle, Ipad, Computer, or Iphone. Just downlaod the free Kindle app first.


Here is the blurb: Widowed and far from her native England, Emma Banks is devastated to realized the scope of her dead husband’s financial disaster created by his secret addictions. Facing eviction from her cottage on the Steller estate, and morally unable to accept her con-artist parent’s money, she is terrified of being sent to prison. Is a marriage-of convenience proposal from Jonathan Steller, heir to the Steller beverage fortune an answer to her prayers? Still reeling from being jilted at the altar, Jonathan Steller must find a wife and produce two kids to meet his father’s requirements to be considered the heir apparent to the three generation family business, and to prevent his older, ruthless cousin from taking his place. Unpretentious Emma strives to adapt to the overwhelming expectations of this wealthy lifestyle, but she never expected to fall in love with her blue-eyed, blond-haired husband, when their marriage was merely an agreement.

Posted by Therese Stenzel at 12:06 PM No comments: 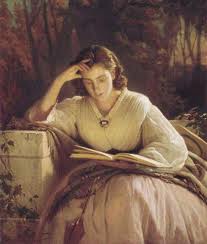 If you're like most anglophiles, you love coming across a quirky English book. Here is a few of some of the gems I have come by. You may have to dig around on the internet for used copies, but they are sooo worth it!
84 Charing Cross Road by Helen Hanff. A coorespondence between and outspoken New York lady and a gentile book store owner in England, set in the late 40's early 50's.
I Capture the Castle by Dodie Smith. Seventeen-year-old Cassandra and her family, live in not-so-genteel poverty in a ramshackle old English castle. Here she strives, over six turbulent months, to hone her writing skills. She fills three notebooks with sharply funny yet poignant entries. Her journals candidly chronicle the great changes that take place within the castle's walls, and her own first descent into love. By the time she pens her final entry, she has "captured the castle"--and the heart of the reader--in one of literature's most enchanting entertainments.
In Search of England by H. V. Morton.
Currently in its 40th printing with its original publisher in the UK, this is the book that one British newspaper has called "travel writing at its best. Bill Bryson must weep when he reads it." Whether describing ruined gothic arches at Glastonbury or hilarious encounters with the inhabitants of Norfolk, Morton recalls a way of life far from gone even at the beginning of a new century.
Show more
Show less
My Love Affair With England by Susan Allen Toth. A wonderful American Anglophile's tales of her trips to England and how she came to fall in love with this counry from tea to crumpets.
Twopence to Cross the Mersey
Liverpool Miss
The Waters of Loverpool
Lime Street at Two by Helen Forrester If you buy any book here, buy these four. This is the captivating,heart-wrenching, true story of her childhood growing up poor in Liverpool. I've reread and reread and reread these stories.

﻿
Posted by Therese Stenzel at 8:36 PM No comments: 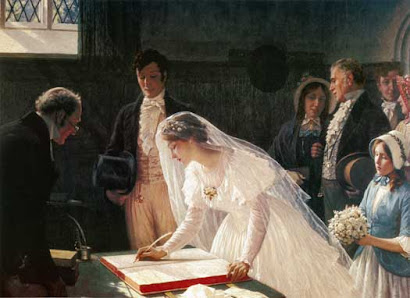